Venturing into the literal wild, new staff leave the safety of their monkey-less roads and tackle the great unknown we call Woodstock. The Woodstocker caught up with some of them to chronicle the first chapter of their adventures.

“Mussoorie is like my childhood place, the weather, the terrain over here are amazing,” said Mr Aaron Shange, the new Ridgewood dorm parent from Nagaland.

Having lived in Delhi for nineteen years of his life, he was drawn to Woodstock by his childhood desires and the willingness to flee Delhi’s hazardous and deadly troposphere.

“Somehow I just wanted to work in this clean environment” Mr Aaron explains with a sigh of grief. He mentioned how delighted he was to breathe in the fresh air in Mussoorie after a decade of “breathing polluted air”.

As we continued to speak, his tone turned to a childish amusement as he described his curiosity for the different department he would like to discover in Woodstock.

He said “I like the personal development program they have for all the staff, so I am looking forward to it. Also, I am just checking out all the departments: Centre for Hanifl, Centre for Imagination- interesting departments. Besides my job I want to see what’s all there and also go on treks”

Prior to joining Woodstock, Mr Aaron was a leader of the Youth Program at the Delhi Bible Fellowship where he interacted with university students from all walks of life.

“I was leading the youth program there so I interacted with a lot of University students – organize the meeting, set up the youth meetings have a portion to study or discuss”, Mr Aaron remarks. 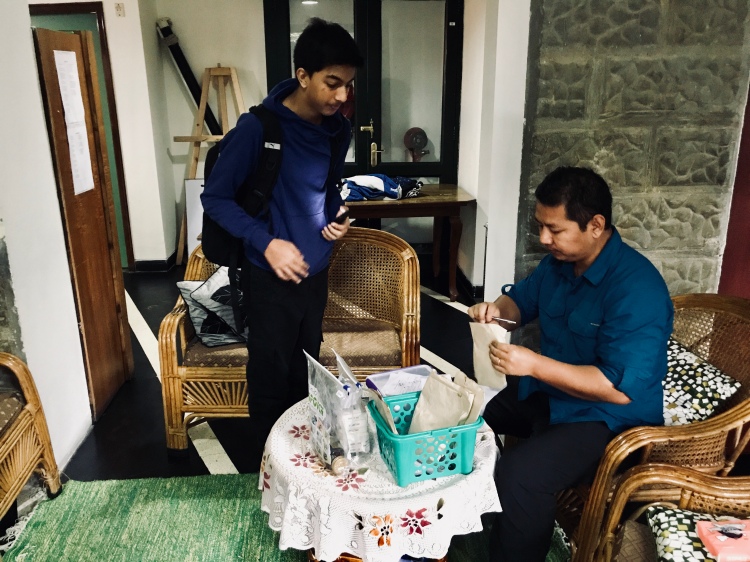 Mr Aaron’s first encounter with Woodstock was when he was in college, where he met Woodstock alumni and he was amazed at how prepared for life. He recalls with delight and a tinge humour how the duo “ had more life skills than any of [them] while graduating ”.

He said, “in the year 2000, I had two friends from Woodstock same batch mates the first time I met them, I came to know that they [were] from Woodstock. I got an impression of independent, they were quite independent & by the time they graduated they had more skill than lots of us from the same batch.”

Mr Aaron rather proudly confirmed that he was, ” not here because of an accident; all the events in [his] life led to this point”.