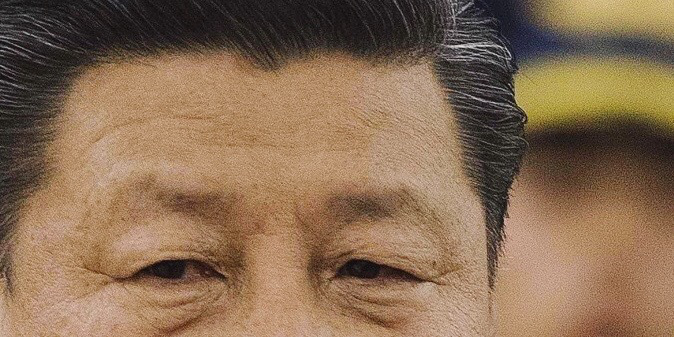 China is going to be making many decisions that will shape our lives, but we haven’t really realized that yet. It actually already has, but many of the biggest countries to this day are still not showing respect to China for the superpower it is, and others are too fearful to argue with China about important matters. Both are harmful relationships to have with China. And although it can’t be said that respect for China is exactly fair, it is warranted. And it’s out of those countries’ interests that they start to make new relationships with China; one that respects China, while still holding it accountable as a responsible, modern nation. It’s also out of our interests that we, Woodstock students, consider China for our future.

Just in the past decade, China has had an incredible rate of progress in every aspect of society imaginable; it’s gotten more efficient, aggressive, strategic, and aware. Citizens are expected to live 3.3 years longer now, thanks to significant effort to reduce pollution and toxins such as PM 2.5. The government is also actively migrating people who live in villages to megacities, allowing them to live a new modern life. That’s partly the reason why only 3.1 percent of China’s population is considered to be in poverty according to the World Bank, while that number is 15 percent in the U.S. All of this contributes to China’s rapidly expanding middle class, and all of these changes eventually position China to have far more power on the world stage. China is thriving, and there are no signs of it slowing. And with all of these wonderful improvements to fundamental aspects of life, living in China is now more appealing than ever for us students.

China is only acquiring more power, and much of that power will come from its new vision for trade. For the most part, the world accepts China as the leader in this field, and maybe because of that, many are quite collaborative with the unpredictable and authoritarian China. With the Chinese Belt and Road Initiative, a multi-trillion dollar project, China plans to operate an entirely new level of trade, one that is intricate but also rerouted to be centered on China. The idea is to connect Eurasia with itself like never before, and the plan is in full motion already.

But it also makes America’s lack of direction and plans glaring, and it means that from now on, China won’t have much competition from other countries, at least in trade. The point here is that with this plan, and a myriad of other factors, China has an exceptional amount of power.

Relationships with China are Messed Up

With all of this power, China can leverage itself in the world as it controls trade. And this is where the world needs to change its attitude towards China. Currently, there are two main camps of countries. One group of countries can be described as sheepish, where specifically the E.U. is currently silent on criticizing Xi Jinping’s China due to the fact that China can threaten the E.U. with trade. The other group of countries, mainly America, have leaders who are unwilling to work with China, and persistently fight China. To summarize an ongoing issue, Trump started a trade war without much consideration. But for China, Trump’s tariffs are backfiring because China is simply playing its game more skillfully, and the U.S. is more reliant on China than the other way around. America, what once used to be the superpower of the world is now stuck, fighting with the new superpower, and itself.

Unlike with the U.S., it’s inspiring to see how a major country like India is willing to adapt. China and India are a bit alike; they have the world’s top two populations, they have been experiencing rapid change, and they have massive influence. In the past, India and China’s relationship has been rough. But more recently, the leaders of the two nations are making an effort to reduce tension and collaborate more. In April, President Xi Jinping and Prime Minister Narendra Modi met in Beijing for a summit to figure out how to ease tensions. Xi hoped that China and India would start to “usher in a new chapter of China-India relations.”

What’s fascinating is that both India and China have changed their attitude towards each other. And although there remain numerous issues to sort out between these two nations, India still understands that it needs to work with China. And in return, China has paid back the respect with a hope for collaboration. India and China are both seeing the bigger picture, and it’s refreshing to see these countries work towards a more peaceful future.

What all of this mainly boils down to is that China will, and does, have a lot of power, and nothing is going to change that. What nations can’t let happen is to let China freely do whatever it wishes just because it has the power to threaten others with trade. But that doesn’t mean they should not cooperate with China; because if that happens, countries that fight China will only end up losing. The world needs a clear and strong mindset when dealing with China.

India will most certainly be better off into the future than if it continued to battle China, and just over a week ago, China and India came to an understanding to step back from the intense confrontation that has been building up on the extremely controversial Doklam Plateau in Bhutan.

The future looks bright for India and China, and as America goes into an isolationist state with “America First,” losing international influence, perhaps China is the new alternative for Woodstock students to consider for college. The reason the U.S. has been so appealing for Woodstock students is that it used to promise the best future. But despite America looking quite bleak these days, 70 percent of Woodstock graduates are still going to the country for college. It may be better if the balance began to shift. And the advancing economy in China along with its dominance in fields such as technology and sciences are clear. China is a far more dynamic nation.

But here at Woodstock, a Chinese college seems to be ignored by every student, year after year. I spoke with Ms. Swati Shrestha, college counselor, about Chinese colleges. At Woodstock, only three students have gone to study in China since 2005. That’s 0.003 percent out of 803 graduates from the past 13 years — which is outrageous. Ms. Shrestha mentioned that students weren’t inclined to studying in China so far because of the political climate between China and the U.S. Since China clearly is the most important nation, it seems to be that Woodstock students are not looking at what’s just around the corner. Just like Xi and Modi are making an effort to collaborate, Woodstock students should make an effort to understand China. A new and better understanding of China doesn’t just need to come from political leaders, it needs to come from our generation as well.

11 thoughts on “We need to pay attention to China”