On the Mullingar slope, Lotte’s Homebaked Goods, a quaint Dutch café, has recently opened much to the delight of the students and staff.

The ambiance in the café is beautiful and cozy, closely resembling that of a café in the Netherlands, where Lotte Kapur is originally from. There are eye-catching paintings of tulips, the clock, and a bike outside all which allude to Dutch culture.

Lotte Kapur was baking on her own and providing her homemade goods to people on the hillside including Woodstock. Her baked goods seemed to be high in demand so Ben Bowling, a member of the Woodstock community and founder of Landour Coffee, and Kapur spoke and thought to collaborate on this business endeavor.

Bowling had always wanted to build his own business. He said that he “love[s] new beginnings and the challenge of creating something that didn’t exist before.” Before Landour Coffee, Bowling was involved in leadership development and cross-cultural training which is something he is very passionate about and is still deeply invested in.

Coffee seemed like the perfect fit for Bowling’s new business as he said, “I really enjoy a good cup of coffee and working with natural products!”

“Ben would provide the coffee and Lotte, the baked goods to start something together,” said Rohan Kapur, a Woodstock class of 2006 alumnus. Rohan works in the café as well and handles the drinks at the café. Rohan’s brother, Vidhur Kapur is Lotte’s husband who is also an alum.

The menu at the café includes a wide variety of sweet and savory goods from chocolate chunk cookies and carrot cake to pizza rolls and quiche, all of which are amazing. Much of the menu consists of dishes that one would expect to see in the Netherlands such as Dutch pancakes, apple tart, and shortbread.

A few items on the menu vary from the quintessential Dutch cuisine; they have a jaggery lassi which is inspired by the Kapurs’ Punjabi roots and a cheesecake which is their British grandmother’s recipe. 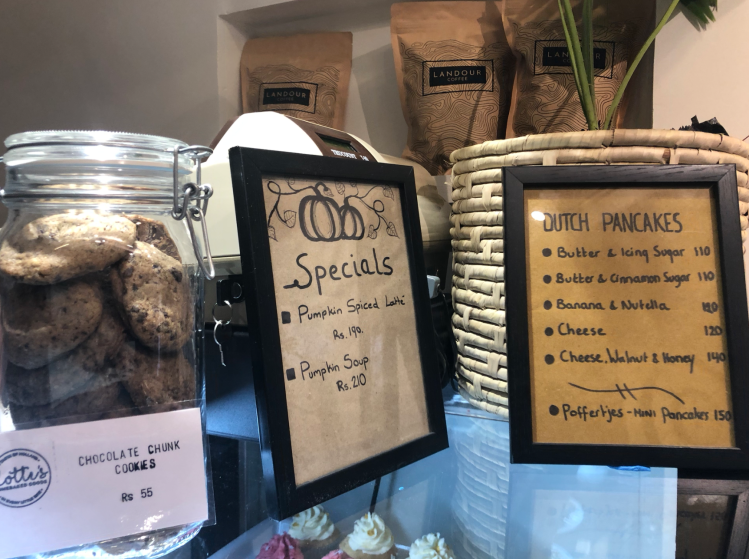 This was to appeal to the Indian palette and to attract customers who wish to try some unique Dutch food along with some classic Indian favorites much like the jaggery lassi.

Within the savory items, the pizza rolls were especially satisfying, and the lemon cheesecake with blueberry compote was even better.

Nupur Agrawal is the Features Editor for The Woodstocker