Interhouse cross-country has been a part of Woodstock for many years and is considered to be one of the many important sports events. It takes place every year, and this year it took place on September 6. Merlins, Condors and Eagles were the three houses that participated, all with one goal : To win.

There were many spectators, including the students and teachers as well as some passersby who were out on walks or on vacations with their families. The continuous shouts and screams in support of the students’ respective houses did not go unnoticed.

Kayan Mehta, Class of 2020, said “It (running) means freedom,”  when asked about his drive and motivation for running in cross-country. Chittish Pasbola, Class of 2020, has similar views, he said, “It’s (running) a way of life. It brings the best out of everyone.” When asked about his inability to participate due to his twisted ankle in this year’s inter-house cross-country, he said, “It sucks to watch. It’s not the same.”

A lot of the staff members were also very enthusiastic. One of them was Virendra Rawat, security personnel at Woodstock, who used to be a marathon runner when he was previously in the Indian army. According to him, running has its advantages regarding physical fitness. But most importantly, “runners are aware of their surroundings.”

Steve Luukkonen, P.E teacher, Girls Basketball and Cross-Country coach, believes the cross-country terrain isn’t challenging enough for him (though it might be, for students). For him, cross-country is a way to challenge oneself on different terrains.

Arman Batra, Class of 2020, witnessed such enthusiasm in a cross country event for the first time and was shocked because of how much it meant to some people.

However, there are people who don’t view it quite as optimistically. “They should be aware about how seriously some people take cross-country. But I don’t really care,”, said Kayan Mehta that when asked about such opinions.

Cross country is more than just running and winning, it’s about feeling weightless and having fun. 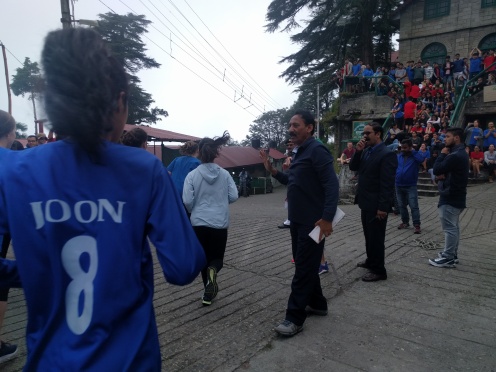 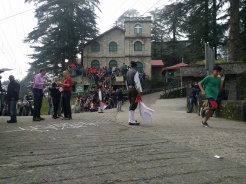 One thought on “Running for yourself”