Breaking News: Online classes create barriers in learning for many

People often use the example of Bill Gates being a Harvard dropout to define success as a result of hard work and not the outcome of receiving a world-class education with the highest grades.

However, when the grade 10 AP World History preliminary results were released a few days ago, it suddenly occurred to me that we were being hypocrites. I realized that as we discussed our grades, the high achievers who had gotten low scores were busy satisfying themselves by using this example. Ironically, these were the students who would do anything in order to get high grades.

Even before I got a chance to glance over my examination result, I recall that a bunch of curious teenagers clustered around each other, asking, “What did you get?”  In the heat of the moment, while some students were being supportive and encouraging those who received low grades, others were in a constant rush to brag about how they had achieved more.

This was when I asked myself, “If grades do not define Bill Gates and he is not judged for being a dropout, why are we demotivated and considered worthless if we get below the average expectation levels?”

Well, the answer is not as straightforward as it might seem. 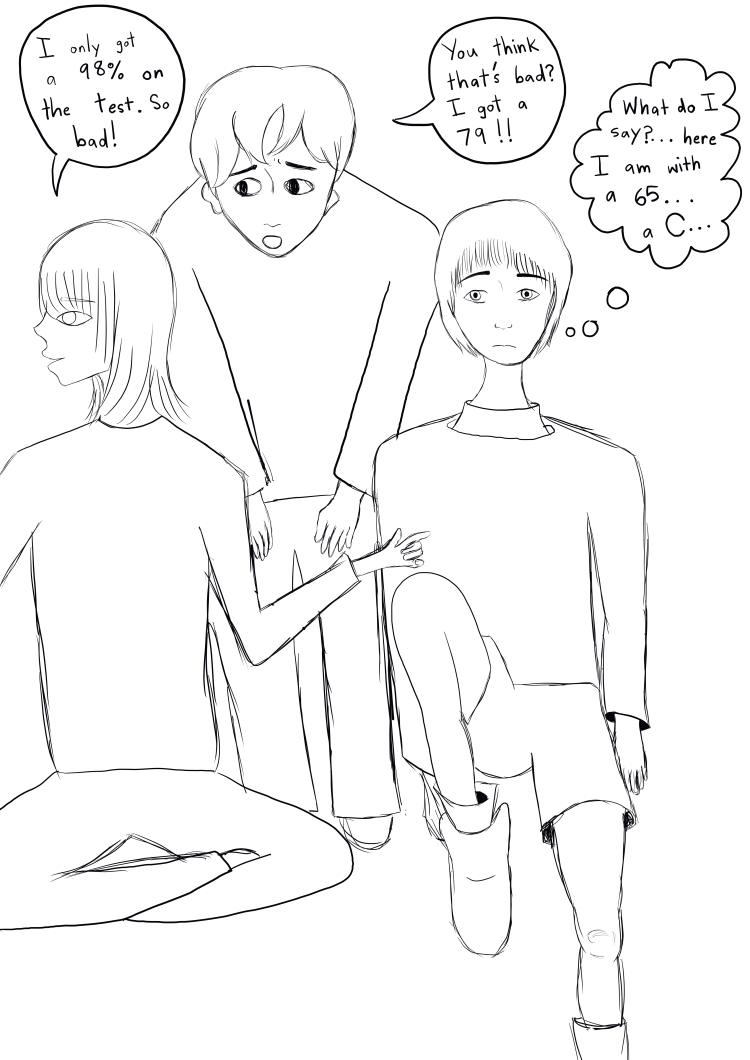 Society embeds the idea that grades are what will matter for college. So, from the very first day of high school, students are indulged in scoring high because this will determine what one might become in the future. As these words are manipulated and misinterpreted, teenagers often get stuck in the scramble of achieving the highest grades. They continue to forget their true identities and are forced to believe that these reflect both their strengths and weaknesses.

Then, how is it possible that people like Steve Jobs and Albert Einstien, who brought back report cards with Cs and Ds, managed to publish their names in our history books?

The only answer is that they were passionate. Their goal was not to have outstanding grades but to make sure that whatever they do gives them happiness. They managed to define themselves not by their grades but by their passions.

Therefore, being smart is not necessarily the result of receiving extraordinary grades or always knowing the facts. It can be the result of having the courage to pursue one’s dreams regardless of the fear of failure.

Similarly, good grades do not define a person’s worth or value.

A.P.J Abdul Kalam, former President of India, once said, “In life, no one will ever remember how you looked, walked, talked, or what you did…Everyone just remembers you by the way you made them feel when they were with you.”

This can be interpreted in several ways, but for me, the ultimate definition of the quote is that if one continues to ignore or disrespect the other, simply because he or she feels that the rest aren’t as competent as him or her, no one will ever remember his or her existence. Therefore, it is vital to acknowledge one’s talents and other abilities rather than just grades.

So, here is to all the people who have ever failed or gotten less than an A- in a class or an assignment. Not receiving extra-credit is not the end of the world. One must never feel obliged to have a better report card than the person sitting next to him or her. The truth is even if your GPA is lower than a 2.5, it does not make you an awful human.

Archita Aggarwal is a staff reporter for The Woodstocker