The first thing to greet us at six in the morning was the thick layer of frost on our tents. The second thing, of course, was the stunning view of the Himalayan peaks surrounding us. In the matter of just a couple of hours, we would be atop one of them.

It was day four of our week-long expedition to summit Kedarkantha, a peak located in Uttarakhand at an elevation of 12,500 feet.

Every year in October, grade 10 students split up to go on four different hikes. Our group, consisting of eighteen students and four chaperones, were assigned what was allegedly the hardest hike of the four.

At about 8:30, we left the campsite and resumed our hike. Following a steep, narrow ridge around the mountain, we were completely defenceless against the vertical drop thousands of feet below.

Panting and exhausted, we reached the peak in less than three hours, and that was when we breathless, quite literally and figuratively. We stayed at the peak for quite a while, letting our senses truly digest the beauty.

Other snow-topped peaks surrounded us and the surrounding.The wind was bitter but the bright sun made up for it. All the blisters and exhaustion forgotten, it was perfect in every sense. Standing on top gave the sense of being big, yet so small. In every direction, the panoramic view was ethereal. There was a little stone temple on the peak, made of stacks of disc-shaped rocks, adding to the refreshing vibe of the place.  A large sense of accomplishment overwhelmed us. 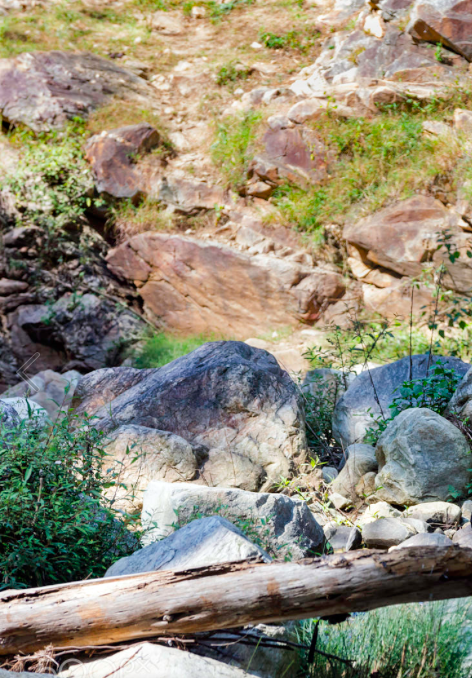 After the breathtaking summit and our motivation restored, we strapped on our backpacks and set off once again. If only we had known that we had 10 kilometers more to go until our next campsite.

The trail was steep, rocky, and seemed endless, constantly switching between heel-throbbing uphill to toe-numbing downhill. The views remained spectacular, although the same couldn’t be said for our stamina. The freezing winds kept blowing at us and the mist kept blinding us while the guide kept annoying us. At about four, we reached the campsite, completely spent and exhausted. 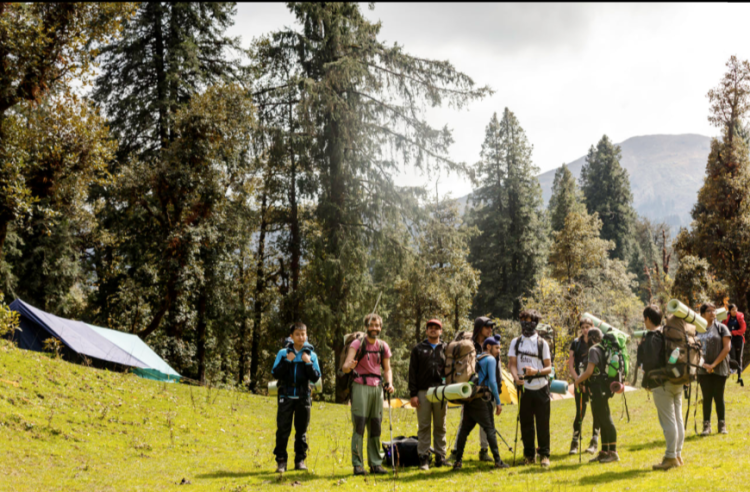 The next day, we followed a ridge that would lead us down to our final campsite. With our toes duct-taped to ease the blisters, we wanted this hike to be over as soon as possible.

For this one day, we decided to spread out and walk along the ridge by ourselves for about two hours. It was a surprisingly humbling, almost soothing experience. Walking in solitude really allowed one to look around and absorb everything. We had a chance to reflect; we dwelled. Once again, our motivation was restored.

We reached the campsite sometime in the afternoon. It was a vast, grassland overlooking the valley below, which we would undertake the next day. Dark, dense clouds started gathering above us and not too long after, it began to pour. We hurried into our freshly-pitched tents and waited.

By dinnertime, the pouring had stopped. The bonfire helped bring back some sensation to our extremities.

The next day was an easy hike down to the valley, from where we would take a ride back to a hotel. Layers were shed with the temperatures constantly on the rise.

Walking through the village at the base, we were greeted by the smiling faces accompanied by “namestes.” At the near-bottom of the valley, two pickup trucks were awaiting us. Getting on, we bid our goodbyes: to the children, to the frost, to the stone temple, to everything.

Riding back to the hotel, the near-end of the week began to feel bittersweet. Although the memories will always be cherished, all the pain and exhaustion? Never again.

@nalinmahajan was a contributor to this article.